Take a fresh look at your lifestyle.

Two Nigerians arrested after duping a 63yr old Texas woman with a sum of $100,000 for pretending to be Bruno mars

Two Nigerians who are identified as Chinwendu Azuonwu, 39 and Basil Amadi, 29, has been taken to Houston court on Tuesday after they were charged with money laundering.

According to Harris County prosecutors, it was stated that the two men scammed a 63-year-old woman with f $100,000 after tricking her into believing they were Bruno Mars. 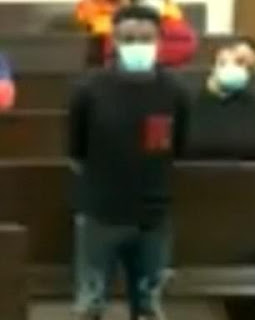 The woman who believed she was already dating Burno mars fell into the trap as she was asked to pay $100,000 for his Touring expenses.

Investigators said the woman ‘fell in love’ with ‘Mars’ and was duped into thinking he was going to retire from his concert tour and come to her.

If convicted, two men will face two and 10 years in state prison. Bail for Azuonwu was set at $30,000. No arrest information for Amadi was available. 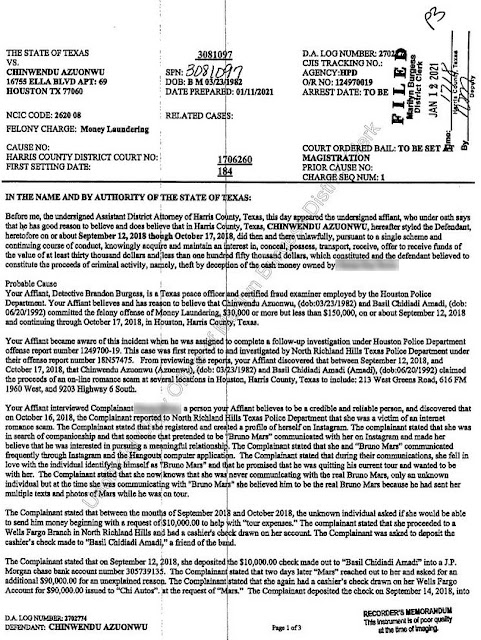 The alleged fraudster Chinwendu Azuonwu,39, a Nigerian national and permanent resident of Houston, appeared in court on Tuesday accused of impersonating Mars on Instagram as part of the scam to swindle the victim out of her savings.

In court documents, his co-conspirator was identified as Basil Amadi, 29. Information about Amadi’s arrest record was not available as of Wednesday morning.

The victim, a resident of North Richland Hills, Texas, told police that in 2018 she created a profile on Instagram ‘in search of companionship.’

Prev Next 1 of 2
Newsletter